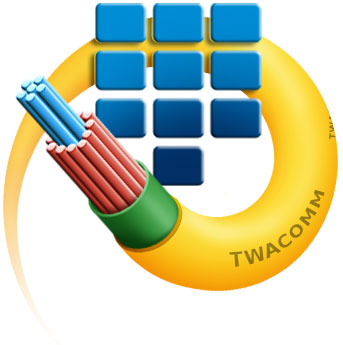 Deciding on the right system for your business or home can be difficult, however selecting the right cable is just as important for optimal performance for your new network or security system. Even updating your old networking cables can help bring out the potential of your current system.

There are a variety of cable types are available on the market. It is best to check and see if your choice of cable works for your environment and set up. The one you select for a commercial office building may not be the same as for a manufacturing facility. Voice and data cabling from the communication room to the outlet can represent a sizeable investment to install or replace. It is worth taking the time to consider the choices of cabling, striking a balance between capital costs of installation and having an infrastructure that will not be obsolete in a few years.

Category 3 cable, commonly known as Cat 3, is an unshielded twisted pair (UTP) cable designed to reliably carry data up to 10 Mbit/s, with a possible bandwidth of 16 MHz. It is part of a family of copper cabling standards defined jointly by the Electronic Industries Alliance and the Telecommunications Industry Association. Category 3 was a popular cabling format among computer network administrators in the early 1990s, but fell out of popularity in favor of the very similar, but higher performing, Cat 5 standard. Presently, most new structured cable installations are built with Cat 5e or Cat 6 cable. Cat 3 is currently still in use in two-line telephone systems, although Cat 5 or higher could do the same work while facilitating a transition to VOIP.

Category 5 cable, commonly known as Cat 5, is a twisted pair cable type designed for high signal integrity and most commonly used cable for wiring computer networks. The specification for category 5 cable was defined in ANSI/TIA/EIA-568-A, with clarification in TSB-95. These documents specified performance characteristics and test requirements for frequencies of up to 100 MHz. Category 5 cable includes four twisted pairs in a single cable jacket. Cat 5 e cable is an enhanced version of Cat 5 that adds specifications for far end crosstalk. It was formally defined in 2001 as the TIA/EIA-568-B standard, which no longer recognizes the original Cat 5 specification. This type of cable is often used in structured cabling for computer networks such as Ethernet, and is also used to carry many other signals such as basic voice services, token ring, and ATM (at up to 155 Mbit/s, over short distances).

Cat-6 features more stringent specifications for crosstalk and system noise. Category 6 cable is a high performance cable, usually used for data transmission, made up of four twisted copper wire pair conductors. The wire specifications are for 22 to 24 gauge wire, but 23 gauge wire is commonly used. Because of the twisting of the conductor pairs, the cable is given some defense against unwanted interference infiltration. Category 6 cable is now included in the 568A standard officially. The cable standard provides performance of up to 250 MHz and is suitable for 10BASE-T / 100BASE-TX and 1000BASE-T (Gigabit Ethernet). It is expected to suit the 10GBASE-T (10Gigabit Ethernet) standard, although with limitations on length if unshielded Cat 6 cable is used. Category 6 cable can be identified by the printing on the side of the cable sheath. Cat 6 is backward compatible with lower Category grades and supports the same Ethernet standards as Cat 5e. Category 6 cable also provides approximately double the performance of Category 5 or Category 5E cable.

Coaxial cable is a cable consisting of an inner conductor, surrounded by a tubular insulating layer typically made from a flexible material with a high dielectric constant, all of which is then surrounded by another conductive layer (typically of fine woven wire for flexibility, or of a thin metallic foil), and then finally covered again with a thin insulating layer on the outside. Coaxial cables are often used as a transmission line for radio frequency signals. In a hypothetical ideal coaxial cable the electromagnetic field carrying the signal exists only in the space between the inner and outer conductors. Practical cables achieve this objective to a high degree. A coaxial cable provides protection of signals from external electromagnetic interference, and effectively guides signals with low emission along the length of the cable.

Fiber optics is the overlap of applied science and engineering concerned with the design and application of optical fibers. Optical fibers are widely used in fiber-optic communications, which permits transmission over longer distances and at higher data rates (a.k.a "bandwidth"), than other forms of communications. Fibers are used instead of metal wires because signals travel along them with less loss, and they are immune to electromagnetic interference. Optical fibers are also used to form sensors, and in a variety of other applications. Fiber is also immune to electrical interference, which prevents cross-talk between signals in different cables and pickup of environmental noise. Also, wire tapping is more difficult compared to electrical connections, and there are concentric dual core fibers that are said to be tap-proof. Because they are non-electrical, fiber cables can bridge very high electrical potential differences and can be used in environments where explosive fumes are present, without danger of ignition. Most high speed internet cable connections are made up of optical fiber cables.